Joe Burges doesn’t expect too many people to know who he is, but that could very well change on Sunday, with the Taree trainer preparing Markwell Dreamer for the Mid North Coast Country Championships qualifier on his home track.

The four-year-old galloper is the $4.60 second favourite leading into Sunday’s heat and is considered a $26 pop to win the over Country Championships series, and Burges rated his chances.

“I think our chances are really good,” Burges said.

“The horse is still on the up and we don’t know how far he will go.”

The Dream Ahead gelding had a first preparation to forget but then returned to racing late last year, winning his maiden at Coffs Harbour and a Class Two Handicap at Grafton,

In arguably his best performance, and one Burges believes has his galloper primed for the Mid North Coast qualifier, Markwell Dreamer was bustled back from gate one in the 1200m Class Three TAB Highway Handicap at Randwick earlier this month, before flashing late to finish sixth, beaten only 2.07 lengths by SERA Country Championships qualifier, Testator Silens.

“I thought his last run at Randwick was as good as any of the horses in the race,” Burges said.

“He had not one ounce of luck and was shuffled back and had to come around them, but he was only beaten two lengths.”

“He has a lot of ability, and we don’t know what his ceiling is yet, plus he is drawn to get a gun run.”

Burgess suggested Markwell Dreamer was at the same level as a horse like Testator Silens that is equal second favourite to win the Country Championships final following his win at Nowra on Sunday.

“I think given even luck; we would have been right there with him.” Burges said.

“It was an ugly watch at best, but he went good, and he looks to be up to that class of horse.”

The Taree galloper has now won three times from 10 starts, with all of those wins arriving during his current preparation.

“It’s been a super prep and even that Highway he won, that Fangela he beat came down and won at Nowra really well on the same day Testator Silens won there,” Burges said.

“There is a lot of form around his races, and he is going nicely.”

The in-form Ash Morgan, who helped the Dave McColm-trained Far Too Easy to victory in the Northern Rivers Racing Association qualifier at Grafton on Saturday, will jump aboard Markwell Dreamer and Burgess said it was good to see the Welsh hoop riding for the stable.

“He rode the first ever runner I had and my first trialler,” Burges said.

“When no one knows you, it’s hard to get jockeys, but he rode them for me when he didn’t have to, and he is flying at the moment and to get him back on this horse is really good.”

Taree’s Mid North Coast qualifier is stacked to the brim with talented gallopers, with the Joel and Wayne Wilkes-trained Chase My Crown the $3.80 favourite, while the Terry Evans- trained Par Avion is an $8 chance that has generated a lot of betting interest.

“I like Wilkes’ horse (Chase My Crown) and Terry Evans’ horse (Par Avion) without doing much of the form on it,” Burges said.

“I rate Chase My Crown; she’s a cracking mare and Terry’s one has done everything right but it’s a funny race and looks a tough one to win.

“It will be strong, but I don’t know how far my horse can go. He is still learning how to be a horse and he is doing everything right this time.”

Readers can get full Taree fields here, or for a punt, Southern Cross Bet will be fielding on the meeting. 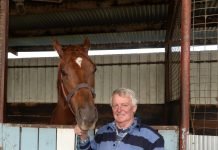 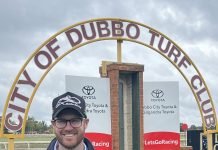