NSW picnic jockeys are longing for a return to the racetrack.

Picnic meetings were meant to be held at Harden on October 23, Bong Bong on November 19 and Trangie on December 19, but the three meetings were abandoned due to the Covid-19 pandemic.

Bedgerabong is the next meeting on the Racing NSW calendar, with the February 12 meeting the start of what is a good stretch of picnic meetings, but it doesn’t change the fact that picnic hoops will have gone more than four months without a race ride.

Champion picnic jockey Ricky Blewitt was hopeful Bedgerabong would go ahead, but even he admitted, that with the nature of the pandemic, nothing was set in stone.

“The last time we rode was at the Championship and the next time is Bedgerabong, and that is only if they race,” Blewitt said.

“It is a long time not racing, that’s without a doubt.”

Blewitt explained that the past 18 months had been tough, but not just on picnic jockeys.

“We were on nearly 32 (picnic) meetings a year, but over the past 18 months, that has halved, and it has knocked a lot of us around and it is impacting the trainers too,” Blewitt said.

“We have a lot of trainers in the country that rely on non-TAB racing. I know with my Mrs (Kylie Kennedy) being a trainer, I know it’s hard on the trainers, and harder on the owners who are keeping these horses in work and paying the bills.”

Blewitt expressed the importance of grass roots country racing, and he believed he had an easy fix for the problem.

“Without a doubt it’s important. I reckon non-TAB and picnic racing make up the racing, and country racing can’t do without them meetings,” Blewitt said.

“Plus, if you look at the crowds, they are so much better than TAB and provincial meetings.”

“It’s pretty simple. They just need to have a few more non-TAB and picnic meetings to help everyone out.”

“The impact is quite a lot, and it’s on everyone,” Ribeiro said.

“Since Covid, picnics have suddenly stopped, and we haven’t had races for months.

“Everything is back to normal, and I don’t know why they were cancelling meetings and they should have been adding picnic and non-TAB races.

“There is no reason why they can’t put on more picnics.”

Ribeiro, who travels out of Sydney to ride at the picnics, explained that Racing NSW also needed to consider jockey’s weights, with the extended break meaning it would be harder for some hoops to return when racing eventually returned.

“I’m nearly 65kg now, and that is because there is no racing,” Ribeiro said.

“It is hard, and I am not the only one. Wayne (Wheatley) is a heavy jockey, and so is Brent Evans.

“If they put on a meeting, some jockeys might struggle getting their weight back down, because it is easier to do when you’re riding and focused on meetings.”

It’s not just picnic jockeys feeling the sting, with fewer non-TAB meeting towards the back end of 2021 also impacting professional hoops.

Brad Vale, who predominantly rides in the Southern Districts, lost rides after meetings at Hay, Deniliquin, Moulamein, Tumut and Balranald were abandoned, and he admitted, that for some country jockeys, that was where they made their money.

“The hardest ones were the non-Tabbers. It just didn’t make sense to call them off, and with so many jockeys and not enough racing, it made it far more competitive.”

Erica Berry, who manages a handful of country jockeys, explained that her team had been knocked around too.

“The riders I’ve got are not a that top tier and they have been impacted,” Berry said.

“They can normally go to the non-TAB and Tab 2 meetings to get rides and full books and when we lost meetings, it got hard.

“Because we didn’t have as many of those non-TAB meetings available, it was impacting the amount of rides my jockeys were given.”

In recent times, non-TAB racing has returned to some normality, with a plethora of meetings across the state over the Boxing Day and New Year’s Day period, no doubt giving country hoops some respite.

Still, there is yet to be any additional picnic meetings added to the Racing NSW calendar to cover lost meetings, and it looks as though amateur jockeys will have to wait until Bedgerabong on February 12 before they are allowed back in the racing saddle. 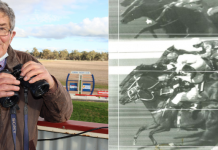 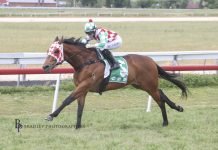