Punters believe Tigertude will be a major player in Saturday’s TAB Highway Handicap at Rosehill Gardens, with the Grafton galloper easily one of the most well supported runners on the Sydney program.

Trained by Fleur Blanch, Tigertude opened up at $21 with most bookmakers and was still $14 on Friday morning before that price was quickly snapped up by eager punters, with the four-year-old now as short as $7.50 on the NSW TAB Fixed Odds board.

The Myboycharlie gelding gets in nicely with gate one and Chad Schofield takes the ride for connections in the 1200m Class Three Handicap.

Blanch said the support didn’t suprise her, with Tigertude having developed a cult following before starting in a race.

“I can tell you that he has a big stable following and it’s really big around Grafton,” Blanch said.

“He has had a big following since his first trial where he ran some unreal sectionals on a good three that day (at Grafton).”

Tigertude is only lightly raced, having started five times for two wins and two placings.

Kicking off his career late last year, he raced three times, finishing second on debut at Murwillumbah over 1000m before breaking through for a maiden win at Ballina over 1310m in January.

Those runs were split by a disappointing eighth at Taree, and Blanch conceded that was more trainer error than a reflection of her horses’ ability.

“He started off really well, but after getting to know the horse, If I knew what I knew now, I never would have started him at Taree for that second start,” Blanch said.

“It was his only bad run, and it was 12 days between runs, and it wasn’t ideal, and I’ve learned to space his runs out and I think he is pretty special at the end of the day, and he is turning into a really nice horse.”

After a 14-week spell, Tigertude came out and won first-up over 950m at Grafton and was impressive when flashing late to beat the field by more than a length.

Most recently, he started north of the board at Beaudesert late last month, where he subsequently finished a luckless second in a 1200m Class Two Handicap.

“His last start at Beaudesert left a lot of people in the foetal position. How he didn’t win, we don’t know and to get beat that small margin, it was tough,” Blanch said.

“That day, he was $6.50, and we were all very keen on him winning but that’s just how it goes sometimes.”

Blanch hopes Saturday’s trip to Sydney is just a steppingstone towards bigger and better things for Tigertude, with connections already considering feature races such as The Kosciuszko later this year and next year’s Country Championships.

“What he does tomorrow will be interesting, and whether people are looking at him for The Kosciuszko is a possibility,” Blanch said.

“That’s a race we would like to target or maybe the Country Championships. We aren’t afraid to talk about the horse and we think he pretty special.”

The Blanch yard is in good form too, with Miss Super winning at Port Macquarie on Tuesday for Welsh jockey Ashley Morgan in the 1200m Maiden Handicap.

Then on Friday, Morgan landed another winner for the Grafton trainer when guiding Dark Euro to victory in the 1400m Benchmark 58 Handicap at Inverell.

“We have been battling through this wet weather, and we keep turning up and hope good things will happen,” Blanch said.

“We are ploughing through the mud and wet and we are getting some good results, which is great, and we just hope that can continue tomorrow.” 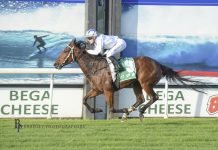 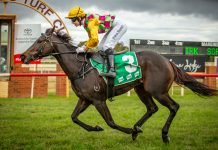 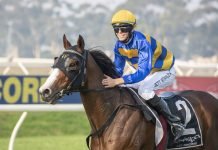